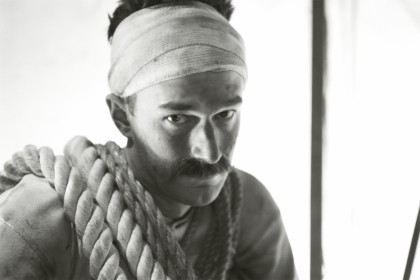 Imagine a stark wasteland. Desolate, with neither edifice nor ocean. The spawn of such disparity is a different breed of people, close-knit by necessity and competitive by nature. A nomadic people with the sort of demented intensity that only the insane embrace and the geniuses lament. They fill their days cultivating from the land, its final resource: dust.

The Baker Smith directed short film ‘Dust’ marks harvest films first venture into mixing media; bringing together the art and advertising worlds in a longer format. What stands out as especially unique about the Dust project is the collaboration with an artist, where the film’s characters are extensions of the artist’s world, and the artist then turns images from the film into intricate graphite drawings.

harvest films has achieved this by teaming up with Ethan Murrow, an artist with a flare for the absurd and a penchant for depicting the frailty of humanity juxtaposed with the fortitude to pursue what one believes in the face of insurmountable scrutiny. 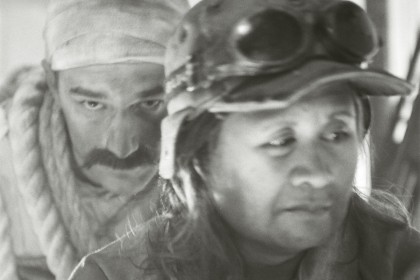 The work of Murrow has garnered much interest. Enter Baker Smith, a director and co-founder at harvest films. Smith had taken a liking to Murrow’s unique style and soon the two met. The two were fast friends and made negotiations to mesh their worlds; bringing the plight of the dust miners to film.

Smith brought the idea to Bonnie Goldfarb, co-founder and executive producer of harvest films. Goldfarb loved the idea, and in a few months time, they had created a seven-minute opus, produced by Goldfarb, directed by Smith, written by Murrow and his wife, Vita Weinstein Murrow, photographed by Cinematographer Eric Treml, Production Designed by Jamie Vickers, and Costumed by Robert Behar. The film brings to life the twisted world of Vladimir Aral and the miners search for dust. The film premiered in conjunction with Murrow’s exhibit at Obsolete, and serves as a back-story to his graphite drawings. 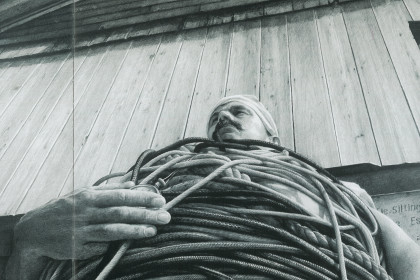 Vladamir Aral, freshman arrival at the mines, prior to navigating his first dust storm. 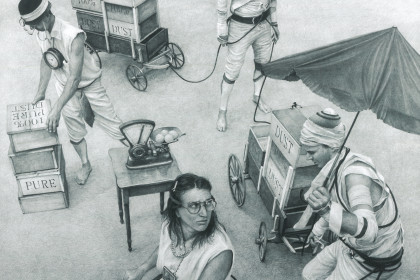 A beautiful view of the dust market as wealthy miner, Thatcher Rohnald arrives with her train.

The end result is a show of linked ideas, the drawings rooted in the film, the film rooted in the drawings, each informing the other. This project stands as harvest films entrance into film, a company that has been known to primarily produce commercials and music videos. The film has been nothing but a positive experience for all parties involved.

Murrow’s style of photorealism, using graphite and paper, is exclusively at the art gallery ‘Obsolete’ in Venice. The completion of the film ‘Dust’ was unveiled in conjunction with his exhibit and can be seen from Saturday, March 15th through Sunday, April 27th 2008. In September, Murrow and harvest films are having a show in Santa Monica at D3 Projects, a Bergamot Station Art Gallery. Dust will be accompanying Murrow’s exhibit as it tours the country, as well.

The collaboration has brought forth an extension- the natural progression of Murrow’s world in many ways. On film, they have fleshed out the culture of the dust miner. But Ethan Murrow has just begun to scratch the surface of this mysterious tribe. 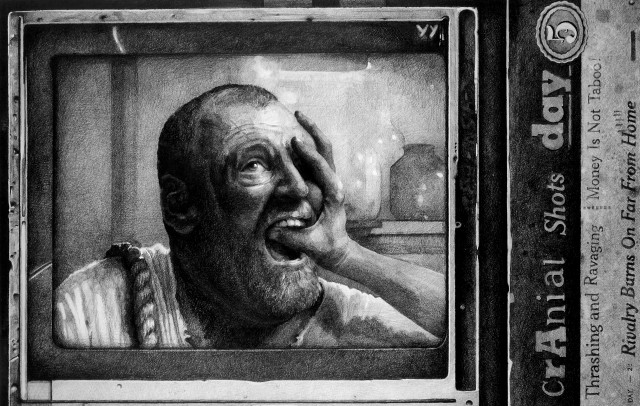